Senator Valerie Wiener (Ret.), a Las Vegas, Nevada, native, is proud to be a Las Vegas High School graduate (just like her father). She earned a Bachelor of Journalism (University ofMissouri-Columbia), a Master of Arts in Broadcast Journalism (U-C), a Master of Arts in Contemporary Literature (University of Illinois-Springfield), and spent three years at the McGeorge School of Law (Sacramento, CA). She has also earned both a Certificate in Grant Writing and a Certificate in NonProfit Management (University of Nevada-Las Vegas). Valerie has been actively involved in the communications profession for more than five decades. This has included professional careers as: newspaper reporter/editor, radio stations’ owner, television producer, Congressional press secretary, communications company owner, and publisher. Valerie, the author of five award-winning books and five award-winning handbooks, has earned more than 250 national and international awards for her communications work, services, and products.

Valerie served in the Nevada State Senate for 16 years and sponsored 90 bills; 75 of these became law. She invested substantial energy in issues dealing with health and wellness, prescription drugs, juvenile justice, and technological crimes. Upon retirement, due to term limits, Valerie had set a few records: member of the first all-female legislative leadership team in U.S. history, the Nevada Senate’s first female Assistant Majority Leader, and the longest-serving female legislator who was born in Nevada. In 2019, Valerie was inducted into the Nevada Senate Hall of Fame.

Public service has been integral to Valerie’s life since early childhood. She spearheaded her first service project in the fourth grade and has been inspired to serve her community in powerful ways ever since. After retiring from the Senate, as she considered running for other offices, Valerie realized that “one of the highest levels of public service is to honor others for theirs.” This is why she founded the Public Service Institute of Nevada, which operates as PublicServiceNV. Every day, Valerie is filled with gratitude that she chose this path of public service in her community and her state. 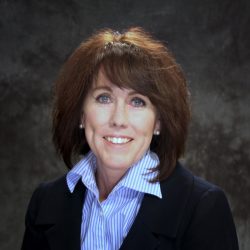 Teresa Lowry, Esquire., is a native Nevadan. She earned a Bachelor of Arts in Psychology from the University of Nevada-Las Vegas. After working in Clark County Child Protective Services for several years, she earned a law degree from Northwestern at Lewis and Clark in Portland, Oregon.

After graduating from law school, Teresa returned home to Las Vegas to join the Clark County District Attorney’s Office. Her passion for public service resulted in a 24-year career in the DA’s office. Teresa was a Chief Deputy in the Crimes Against Women and Children Unit. Later, she was promoted to Assistant District Attorney, which involved supervising Juvenile Justice, Child Welfare, and Child Support Divisions. Teresa focused her energy on serving children and was invited to serve on many boards and task forces, partnering with local governments, nonprofits, and community organizations. Under Teresa’s progressive leadership, the District Attorney’s Office received two national awards, which reflected policies and practices that moved Nevada’s ranking from 54th to 23rd in child support outcomes.

Teresa has personally experienced the joy and rewards of public service. Working with PublicServiceNV fulfills her passion for mentoring and encouraging youth to excel. She strongly supports the efforts of young people to achieve their greatest potential through giving back to the community she calls home. When speaking as a guest lecturer, Teresa often refers to Dr. Martin Luther King’s words: “Not everyone can be famous, but everyone can be great, because greatness is determined by service.”

Victoria “Tori” Carreón has committed her career to public service. She is currently the Interim Administrator for the Division of Industrial Relations for the State of Nevada, where she helps improve worker safety throughout Nevada. Prior to this position, she worked for the City of Las Vegas and the Guinn Center for Policy Priorities, a nonprofit Nevada think tank that analyzes critical policy issues. Tori has expertise in education issues and has worked extensively with school districts in both Nevada and California.

She earned a Bachelor of Arts with Honors in Education from Stanford University and a Masters of Public Policy from the University of California- Berkeley. 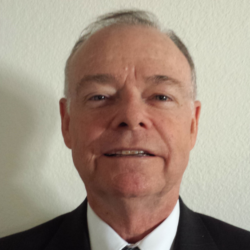 Michael (Mike) Brown was born in Idaho, raised in Washington State, educated in Utah and spent the last 40+ years working in Clark County, NV. Mike received his Bachelor of Science degree in Sociology from Brigham Young University. He also completed extensive training in accounting at University of Nevada Las Vegas. His passion has been to help organizations develop policy and standardize operational procedures. To this end, Mike became a certified Project Management Professional (PMP).

Mike’s experience includes: managing the installation of two race & sports books and three keno systems for the casino industry; managing the accounting for 17 tax shelter LLCs and Corporations for an investment firm. He also owned and operated two businesses, one serving the gaming industry and the other providing computer and accounting services to small and mid-sized businesses. Most recently, he was the Information Technology manager (Applications Supervisor) for the Clark County, NV District Attorney’s Office – Family Support Division overseeing the purchase of computer hardware and the development of computer software for staff. In this position he also represented Clark County in technical meetings with the State of Nevada Department of Welfare and Social Services relating to enhancements to the State’s child support enforcement case management computer system. Mike retired in early 2017.

Over the last 30 years, Mike has volunteered many hours working with youth; both boys and girls 12 through 18 years of age. This includes planning and attending events, giving group instruction, and providing individual guidance. The behavioral characteristics of the youth have ranged from exemplary to high risk. Currently, Mike is overseeing the scouting programs offered through Boy Scouts of America for a small group of young men.

Mike believes that youth need quality positive experiences to help solidify meaningful goals and establish personal worth and values. These attributes are foundational to being productive, responsible citizens. Public Service Nevada’s (PSNV) mission is to help youth gain positive community experiences and provide recognition for doing so. Mike endorses and is committed to the mission of PSNV. 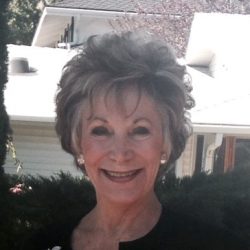 Idora Silver, CEO of the I. Silver Management Group in Reno, Nevada, is a Certified Management Consultant (CMC), a Certified Speaking Professional (CSP), and a CPCU in the insurance industry. She is a graduate of the University of Nevada-Reno with a Bachelor of Arts in both Psychology and German and a Master of Arts in Speech Communication (emphasis on organizational development).

Idora speaks internationally to groups on how to improve communications in both the personal and professional arenas. She is an executive speech coach, a trained mediator, and an FBI-trained hostage negotiator. Idora facilitates high-performing organizations with strategic planning and team building, which helps them improve their profitability and productivity. Idora is the author of The Chutzpah Connection: Blueprint for Success – Real Life Stories of Inspiration and Achievement, which has been popular worldwide. In this book, readers learn how to face their fears, empower themselves, master persistence, and make powerful contributions.

Idora is a community leader who truly believes in giving back. During her 30-plus years of volunteer leadership with the Reno Chamber of Commerce’s Leadership Development programs, Idora trained nearly 2,000 adults and youth. She regularly consults with organizations and individuals on how they can make contributions to the community at higher levels by “doing well from doing good.” Idora believes that giving back to our communities should start with our youth, making it a part of their lives. As she says, “If everyone gives a thread, soon the poor man will have a coat.” 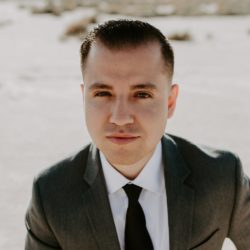 Juan Gonzalez Madera earned his Bachelor of Science in Public Administration from the University of Nevada/Las Vegas (UNLV) in 2017 and is currently pursuing a Master of Public Administration at UNLV. Juan believes in the value and power of education and public service. He is a former Nevada Youth Legislator and is the first person to receive three consecutive NYL Foundation Scholarships, which honor NYL alumni for their continued scholarship and civic engagement.

In 2012, Juan created and fully funded a college scholarship in his grandfather’s name to assist at-risk youth. In 2018, Juan created the  the Juan Gonzalez Deferred Action for Childhood Arrivals (DACA) Renewal Scholarship and awarded two of these scholarships to help preserve the legal protections for these at-risk youth. This scholarship was inspired by his work as a legal assistant in an immigration defense law firm and demonstrated his compassion for DACA recipients. Many of these recipients cannot pay the required filing fees to renew their conditional immigration status.

Currently, Juan works for the State of Nevada as an elder rights intake specialist in Elder Protective Services. This provides him with the opportunity to serve the most vulnerable senior citizens in Nevada.

Juan dreams about establishing his own nonprofit, dedicated to inspiring and supporting empowerment opportunities for young immigrants. “Young people grow empowerment from taking full responsibility for their own lives. This means addressing their situations and taking constructive steps to improve their beliefs, values, attitudes, and actions. With this new consciousness, they have the capacity to enrich their own lives and generate significant benefits for entire communities.”